When it comes to speaking, Loren is the audience member who found her way onstage.

Loren now leads empowering seminars all over the world.  She has shared the stage with Barbara Walters, Kevin O’Leary, Gary Vaynerchuk, Erin Brockovich, Campbell Brown, Jean Chatzky, Mike Rowe and Tony Robbins. She has been featured in over 30 business publications and has been published in Success Magazine, Woman’s World, Parenting, and many more. She has also appeared on national shows like Oprah Radio and Fox News.

And she is just getting started. 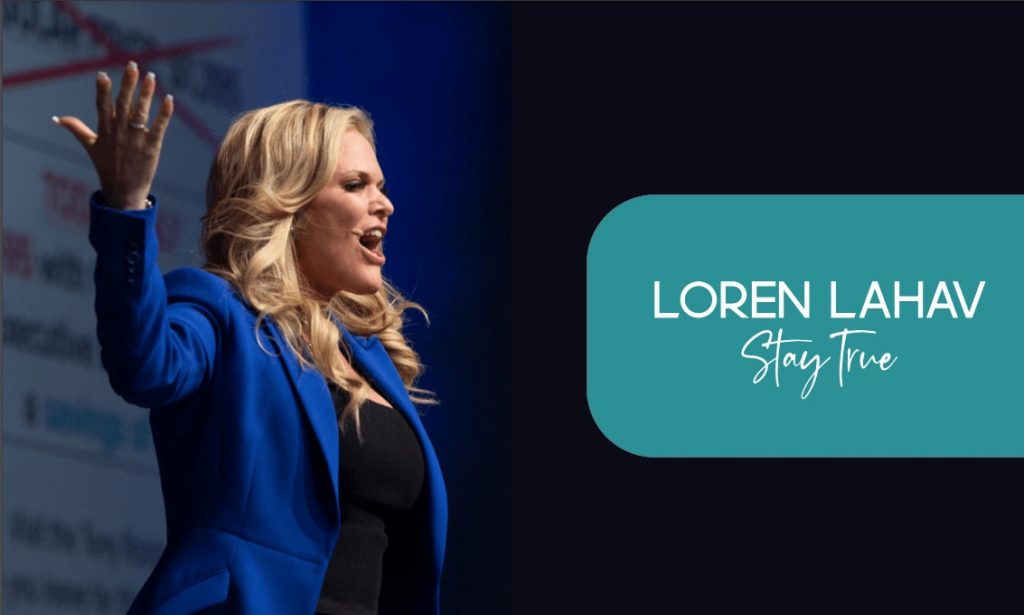 What Does Loren Bring as a Speaker?

If you go to an event, many speakers can inspire you to make a change. Then you get home with your ears still ringing, you put down your bag on your hallway table, and sit on your couch and think:

That’s where Loren is different.

She is the speaker who inspires you, then infires you! (Of course, that’s not a word, but it does a great job of capturing who Loren is and what she does!)

Loren gets that the work begins after the seminar. Bring Loren in to speak and she will put your audience right to work on all of those changes they normally just get jazzed up about!