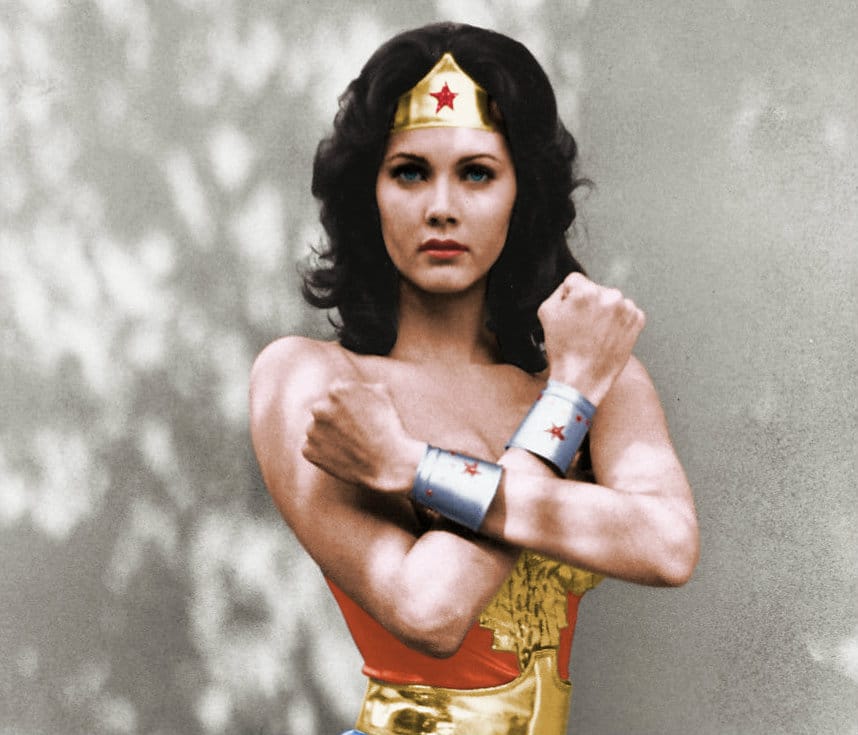 Which Superhero Are You?

There’s no denying that superheroes are having a moment right now.

Our culture has long enjoyed the classics like Superman, Spiderman and Batman—but over the last few years, we’ve been getting a flood superhero movies and TV shows.

The most exciting part of all is that female superheroes are FINALLY getting their due!

These powerful women are proving what we have all known—that you can be feminine AND kick ass at the same time!

And, of course, just like women, there’s not just one kind of female superhero…

Wonder Woman is both a powerful and fierce warrior and a nurturing and peace-loving ambassador. She has strong values, believing in love, empathy, compassion and, above all, doing what is right. She will go head-on into a battle, but knows that her mind is often the most powerful weapon of all.

Wonder Woman is super strong, but she also embraces her femininity. She’s not dressed head-to-toe in masculine armor. Instead, she shows off her curves, never forgets to accessorize and kicks ass even in heels!

Catwoman was originally a supervillain and was both a love interest and an adversary of Batman. With a sleek catsuit and a mask that covers most of her face, Catwoman is super sexy—but also super dangerous. Her anonymity makes her even more confident, powerful and daring.

Catwoman is also very smart, calculating and determined. She had a tough past (she was an orphan and also a prostitute) but uses her challenges as strengths. She knows exactly what she wants and is not afraid to do whatever it takes to get it—even if it makes her a villain.

Black Widow is skilled on many levels. She’s an acrobat, gymnast and expert martial artist, she’s an intellectual genius and a gifted strategist, tactician and leader. She’s also trained in espionage and interrogation and has an excellent poker face.

Black Widow’s body is resistant to aging and disease (sounds nice, doesn’t it? 😉 ) and heals at a rapid rate, making her fearless, sometimes to a fault. No matter what challenges come her way she can always think clearly and quickly to save the world.

To the students at her high school, Buffy Summers may seem like just an ordinary girl. But when most teenagers are out on dates or tucked into bed, Buffy protects the world by fighting vampires and other demons.

Though she may seem like a typical goofy teenager at times, Buffy takes her slaying responsibilities seriously. Over and over again, Buffy saves her friends, her family and the entire world—never afraid to risk her own life for the cause.

Not only does Buffy have super strength and amazing fighting skills, but she is smart and resourceful, able to outwit demons when she can’t outfight them. Although there was a time when she wished she could just be a normal high school girl, she later recognized that being the slayer was her gift—and she could not let it go to waste.

Supergirl, aka Kara Zor-El, shares the same superpowers as her cousin, Superman. She is incredibly strong and fast, has x-ray vision and super powerful hearing and can fly.

After hiding her powers, Kara finally learns to embrace them and becomes the superhero she was always meant to be. She is able to shed her insecurities and fears and leave Superman’s shadow behind—becoming a powerful force all on her own.

Katniss is unique in that she does not have any superpowers, but her determination, resourcefulness and skills are so strong that she was able to win the Hunger Games and take down the Capitol. She believes in family above all and is not afraid to risk her life to save the people she loves.

Katniss is a leader, becoming a symbol of the rebellion and inspiring others to join the cause. She is competitive but is also a nurturer, forming alliances with both Rue and Peeta during the Games. She always does what is right, no matter how unpopular it makes her—or how much danger it puts her in.

Jessica Jones developed superpowers after surviving an accident in which her family’s car collided with a military convoy carrying radioactive chemicals. The accident left her an orphan, but Jessica later embraced the powers it gave her, including superhuman strength, the ability to fly and mind control.

Jessica is a survivor. After being tortured by Kilgrave, she gave up her secret identity and kept a low profile. But when Kilgrave returned and was torturing others, she rose to the occasion and stopped him. Her demons were finally conquered, and she continued to be true to her superhero self.

So, which superhero are YOU? Do you have an alter ego that gives you strength? Leave me a comment below!

I’m Catwoman—I’m daring, authentic and tenacious—and some see me as a villain.

We all have a superhero inside of us. Maybe you relate to one of the superheroes on this list, or maybe you have a secret identity all your own.

Whenever we face challenges, demons or villains in our lives—we need to channel our inner superheroes.

Sometimes when we have to do something scary, pretending to be a powerful, confident superhero can make us become the strong woman we need to be to fight our battles.

Like they say—fake it ‘til you make it! If you act like a strong and confident superhero, you will become one!

Some stage performers have an alter ego that they tap into in these moments.

Adele, who has struggled with stage fright, has said that her alter ego’s name is “Sasha Carter,” a combination Beyoncé’s Sasha Fierce and June Carter. When Adele becomes Sasha Carter, her nerves melt away and she’s able to give an unforgettable performance!

Hayden Panettiere also channels an alter ego to help with nerves. She said that playing her character on “Nashville” helped her get over stage fright.

Even if you’re not a performer, pretending to be a different character can make you feel less vulnerable and more fearless. Why should kids be the only ones to play make believe? 🙂

And, of course, don’t underestimate those superpowers that we often don’t look at as superpowers but are, such as:

Those superpowers are super valuable and will get you far!

So no matter what you need your superpowers for, whether it’s for kicking ass at work or having more patience and understanding with your kids—don’t forget to channel that badass superhero inside of you.